As a refresher : the 10 commandments of a rational debate.

Rational arguments seem to be missing in many of the debates here. 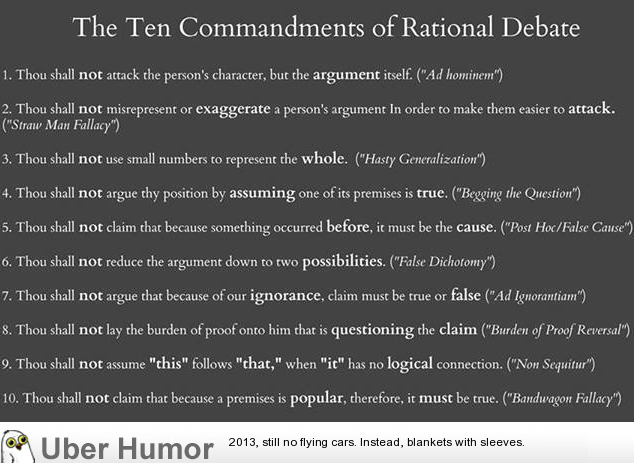