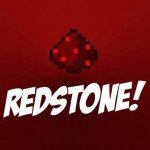 Hostiles
View All
None

Joined:
6 years ago
10 most recent arguments.
View All

Actually, that's more of a reductionist view, which ignores emergent properties and has been highly refuted. Furthermore, "beautiful" is a construct and relative to the person.

Evolution naturally produces features that are going to be beneficial to the organism, that's a given. You're still ignoring the fact that if it were by a "Great Architect", then we would be a perfect organism. Take cancer, for example, where the own cells of the body grow out of control and can be fatal. That doesn't sound like perfect design to me.

The fact that we see homology while also seeing imperfect design indicates that animals must have had to adapt to their environment with what they already had (from their common ancestors). Another good example of this would be human spines. Any engineer would have designed a spine to be in the center for walking, but ours are in our backs. One explanation is that our ancestors, which walked horizontally on four limbs, hand their organs hang down, which would have been useful with spines now above the organs for support. When this model was transferred to an upright organism, however, the spine did not adapt because the change would have been too drastic.

Uh... you guys all realize that jolie isn't being serious, right?

Do you think he takes naps when 21,000 people die of hunger everyday?

No, this ignores emergent properties. A reductionist point of view may observe life as a large chain of chemical reactions, but looking at the bigger picture provides something much more, such as conciousness.

I don't believe that there is an overreaching of evidence required to show speciation. Mutations and other forms of genetic diversity can cause differences to accumulate relatively quickly. If allele frequencies can change over time, then why can't new species emerge?

Also, could you go into more depth about the circumstantial evidence?

Adaptation, however, is not equivalent to Evolution. Evolution is an unsubstantiated theory that proposes that all life mutated into its current form from a common ancestor over astronomical periods of time, while adaptation is an observable phenomenon.

Evolution proposes that there is a change in allele frequencies over time, I believe you're referring to abiogenesis.

This misunderstanding tends to be the source of these arguments. One side refers to evolution, specially, adaptation within evolution, and the other understand adaptation and then interprets evolution as abiogenesis.

She didn't get the majority vote- she got 48%. That's not a majority. She did get the popular vote, the most votes. Two different things.

I've no idea what you're trying to accomplish on this site, but whatever it is, I find it hilarious.

5 years ago
Support Dispute Clarify Jump to Debate→
Ironskillet has not yet created any debates.


"Hi. I like to argue about gay marriage and evolution. Sometimes I argue about Christianity, too."