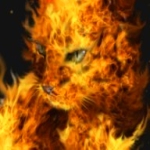 Joined:
11 years ago
10 most recent arguments.
View All

I don't even understand how it's possible to acknowledge that discrimination against females exists, but not against males. It's just intellectually dishonest.

we all agree are immoral.

We don't all agree it's immoral.

That's not even a sexual identity....

and perverts of every kind.

I support the owner in legally neutering or spaying their animals. It does not require consent in a court of law to do so. Where as, if the issues were to arise about rape or consensual sex between humans and animals, that cannot be established in a court of law.

No actually, it's not as bad, but that is definitely not my reason. Don't get me wrong, I don't like neutering, but I realize if I want to have animals and they have territorial issues, I just might have to.

so before you say that

Yeah I wasn't going to.

Way to convince me. They're wrong, so believe it.

your just a hypocritical.

Again, I didn't argue for that reason, you assumed. But even if I did, it's not hypocritical.

And anyway animals can give consent

and your are getting yourself into a argument that you don't even know much about like I do.

Isn't it a little hypocritical to support homosexuality but not bestiality...

Nope. Not even in the slightest.

As he says his partners consent just like gay partners? Why are you judging his lifestyle, he isn't hurting anyone.

Not a whole lot

Aside from the person arguing for Zoophilia being an orientation, does it have anything to do same-sex couples being allowed to adopt?

except they are using the exact same argument as homosexuals to de-criminalize their actions. Goodmale has even gone so far as to tell me it is an "orientation

And I certainly will not support Goodmale's argument on it, he is in the wrong and I could refute his arguments if necessary. I absolutely disagree with his opinion on the subject.

With that said, is there is another reason?

Do you mean Zoophilia? If you do, what does Zoophilia have to do with same-sex couples allowed the ability to adopt?

8 years ago
Support Dispute Clarify Jump to Debate→
Riahlize has not yet created any debates.