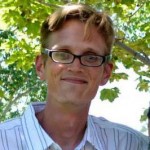 Not the worst movie you've seen (although it theoretically could be). But a film that you went into with high hopes and expectations, only to have those hopes dashed expertly.