The problem with religion. 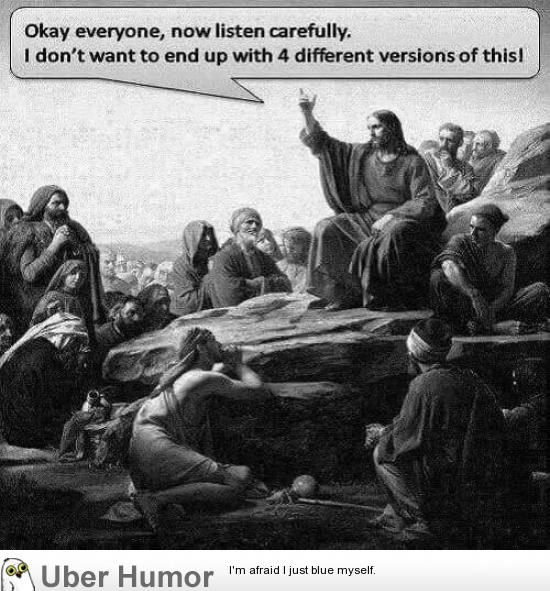 http://uberhumor.com/wp-content/uploads/2016/09/Px2rQcw.jpg
Jesus is speaking to His flock and He says,
"OK everyone, now listen carefully.  I don't want 4 different versions of this!"
So, basically, the problem with religion is that there are too many of them.