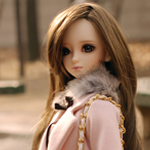 In order for that situation to work, you will have to say that God cannot foretell the future.

If my existence does not harm anyone, does it matter if I care only for myself?

Acting out of ignorance on the other hand, will lead to no good

It's simple, gender neutral and not irritating to the eye

It was not done by a small engineer, but was inspected and tested by qualified professors and scientists-including Nobel prize winners. All confirmed that it is beyond any explanation. The documents are readily available online. Why not try it?

Funny thing here is that despite all the emphirical evidence of NASA's attempt, they will still refuse to give any mention of it, and would rather keep their silence. Gee, I wonder why?

My links showed an additional 10% difference though when the wording changes.

41% said they are atheist

What 10% difference are you talking about?

Like what I said, the no matter how you put it, there would still be more scientists who believes than those who dont

What about it? It is just a painting.

Its not just a painting. Its the Tilma of the Guadalupe

Hundreds of scientists- NASA included- dared to explain its miracles.

And they all failed.

You mean by asking you to back up a comment you said I said, then you failed to show I said it.

It is the only way you will address anything I say is when you think you don't have to fear a rebuttal. Seems you are keen on my trick now though.

I reply as long as the conversation is open. Lying about your words will devalue it. Keep it honest

I said Evolution works without needing a god to explain it.

This is clearly not me doing as you said"burst out and say that God does not exist".

How long do you plan to dwell in the past?

I do not mind it as reference but seriously, you know that denials can only get you so far, right?

Link to your proof?

My responses were sufficient but you ignored them.

You're not even trying, aren't you?

You avoid talking about the Guadalupe

You corrupted the our argument into a worthless flamewar

Stop lying about your goodbyes. It is good as a joke, but it has overstayed its welcome

1 You were never in the neutral zone, plenty of your arguments are on the other side of this debate claiming "there are too many unexplained things for their not to be a god."

Being a part of the neutral zone does not mean I should be barren of my personal opinions. True neutral are the ones who stands with the voice of reason.

Or should I remind you again of how I kept on saying that "God cannot be proven nor disproved?"

But you did not include the parts where you insisted that God does not exist in an event that can be explained.

I noted that the statement only challenges the painting and not god,

So, where is your evidence that the Guadalupe is flawed?

You were claiming that a change of words will change the poll. I showed how it does not, then you skipped it. And yet, you are still saying that it is I who is at fault. Why?

Wow, you certainly do not read things well

Do you accept the Guadalupe or not?

Four posts up from yours I proved the wording changes results in the Gallup poll that states this explicitly, using the same terms even.

And would you mind explaining why you no longer argued against my response?

Means that 51% are believers, 41% are atheist and 8% are agnostics. Even if you combine atheists and agnostics, the percentage of believers would still be superior. How was that supposed to change anything?

Stop digging the past already! It is unrelated and uneducational. The topic at hand is completely laid bare. Use it

You are pointing out your statements that says you are open minded. But you left the parts where you insists that the results of the poll would change depending on the usage of word.

If my memories are to be exact, it is also the part where you kept on saying that I am wrong. Now, why did you skip it?

To challenge an idea is to oppose it.

But if you plan to challenge the divinity of the Guadalupe, please provide the reasons why you think its flawed so we can move the argument forward.

I just received an assignment. I will reply later or tomorrow.

Dont abuse bold face-it is meant only for dividing discussion. Italics would do just fine in quoting.

I then showed you polls that differentiate between the wordings as they do matter and even account for the roughly 10 % difference in the wordings!

a majority of scientists (51%) say they believe in God or a higher power, while 41% say they do not

Means that 51% are believers, 41% are atheist and 8% are agnostics. Even if you combine atheists and agnostics, the percentage of believers would still be superior. How was that supposed to change anything?

It only challenges that the lady of Guadalupe is legitimately a miracle.

So...are you saying that you recognize the Guadalupe as a valid evidence of the paranormal?

7 years ago
Support Dispute Clarify Jump to Debate→
Centifolia has not yet created any debates.


"A simple college student working as a part-time writer."