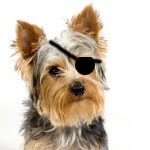 Joined:
10 years ago
10 most recent arguments.
View All

Why not put the child up for adoption?

Because people don't just get abortions because they don't want to raise a child. Simply being pregnant can totally screw up a life. It can make you lose your job, your health, your friends, your money, and your independence. Abortion is an option. So is adoption. They solve different problems.

I don't know. When everyone was getting mad at Hillary Clinton for having an armed guard, they were ignoring the fact that she has never advocated for a universally anti-gun position.

Also, I do think those arguments are somewhat ridiculous in their own right. If I'm anti-gun, but not having an armed guard means I'll die because the place I live in has guns, it's not hypocritical to have an armed guard.

I think this is really funny. Liberals say "I don't want to ban guns, I want people to be able to own guns, but have regulations." Republicans say "LIAR! You're just trying to ban all guns in baby steps." Liberals say, "No, look, I have a gun." Republicans say "Hypocrite! You don't match what I said you believe!"

It's crap because each step is based on an accident and because the end result of all those accidents is sentient life.

You know that England has yet to actually do that, right?

Besides, John Oliver is saying exactly what you would expect a liar to say ;)

It is true that good liars base their arguments in facts. John Oliver's not a good liar. He's only using facts. Ugh. Liberals.

Men should not be forced to pay 18 years of child support for an accidental pregnancy if they don't want the child.

But I don't agree that if the man wants the baby and the woman doesn't she should have to have it ;) ;) ;)

Life is a made-up idea. The same genetic material that is me existed before a sperm and an egg met.

Maybe that would giver her incentive to not get pregnant ;)

But 'you have to pay child support' shouldn't be incentive for men to not get women pregnant?

You were not a 9 month process to enter the world ?

No. It's a process that started a long, long time ago. Do you think conception is the creation of life out of actually nothing?

Single-gender classrooms would improve the quality of education in public schools?
Tied Positions: Against vs. For