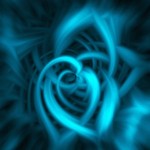 Joined:
10 years ago
10 most recent arguments.
View All

Call me crazy, but I don't think anyone has special rights over another human being just because they share 50% of their DNA. Motherhood is more than simply being the biologically related, it's about loving and nurturing a child, with all the benefits and responsibilities that it entails.

Some people can't afford food in the US, but food is provided to them through a variety of organisations.

Sex is a fundamental human requirement, as necessary for a healthy (Physically and mentally) person as food and water.

The whole system is messed up. Health coverage should be decided by Doctors, not employers.

In reality, "Muslim terrorists" are probably about as quick to commit suicide as any other terrorist.

Although, I guess religious terrorists who believe they are committing the will of God and think they will live in eternal paradise after they die will probably value life on Earth a little less.

The Qur'an says not to kill people, but it also commands the killing of people.

The Bible says not to kill people, but it also commands the killing of people.

Both books contradict themselves.

Again, the 'real islam' is still the no true scotsman fallacy. Any one person can claim that their interpretation of the Qur'an is correct, and that all others' interpretations are wrong. Both the Qur'an and the Bible can be interpreted to mean pretty much anything you want - But the point still remains that both books condone physical punishment and killing, and the Qur'an condones violent jihad.

Islam should not be judged on what some extremists do. Nor should any other religion. However, we still need to ask how they came to their interpretation. We still need to judge Islam on the Qur'an, and Christianity on the Bible.

The 'real' islam is indeed as you put it respecting people. It's a bit of a shame that in the same response you also called me a disgusting person, (proving that the real Islam is contradiction) but that's okay. Let's both stray away from ad hominem attacks.

I don't assume what Islam is about, but I have read the Qur'an, so what makes my interpretations less valid than yours? I accept I still know very little about Islam, but it's hard to look past the blatant words of the Qur'an - and to take direct meaning from them. You can dress the words up all you want, just as many Christians do the bible, but they both still say some pretty awful things and condone some pretty awful behaviour (and even command it). Especially for one religion where "God is love" and the other a "Religion of peace".

While i will concide that religious fanaticism greatly increases the willingness (and thus frequency) to kill oneself in angry, i think desperation is also a primary cause.

You see desparation is the fuel of religion, and the more extreme the religious views the better.

I totally agree with your statement. The thing is though, religion often fuels desparity. We are constantly being told be religious institutions that we're fighting a war of ideas; portraits are being painted of a society where we need to fight against ideas we don't like, and fight to bring forth ideas we support. Non-issues are being depicted as something we should despair over, causing fear in the minds of many people.

And whats your opinion of Chrsitianity?

I was brought up a Christian and know that parts of the bible are as bad or worse than parts of the Qur'an. Sure, it has some good bits in it, so does the Qur'an, but that doesn't give you the ability to overlook the bad bits, especially if you consider any one text to be infallible.

those terrorists are no muslims.

They followed the Qur'an and called themselves muslim. You have no right to say they weren't. They could just as easily say you are not muslim because you are not extreme enough.

oh yeah? following one book is better than following a million!

I follow what is true. The entirety of truth is not found in one book.

So do you ignore what is in the Qur'an? Under Sharia law what is the penalty for apostacy?

You don't respect my religion because I don't have one. And I have no obligation to respect your religion. You have no right not to be offended or your beliefs disrespected. I think Islam and the Qur'an disgusting and I find its teachings immoral - it discriminates against women, homosexuals and non-muslims. It is an anachronism and has no place in a modern, tolerant society.

What other than a calling from god would cause sane people to kill themselves and others in acts of terrorism?

9 years ago
Support Dispute Clarify Jump to Debate→
Xyze has not yet created any debates.