All progress is dependent on the unreasonableness of the progressives (i.e., liberals) 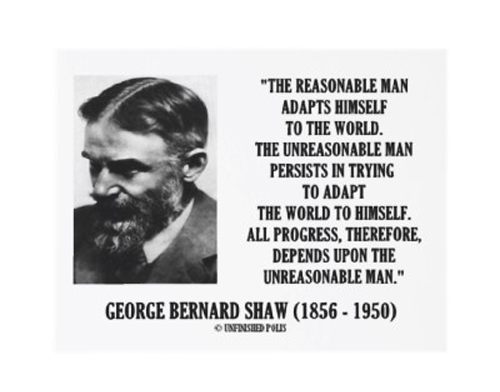